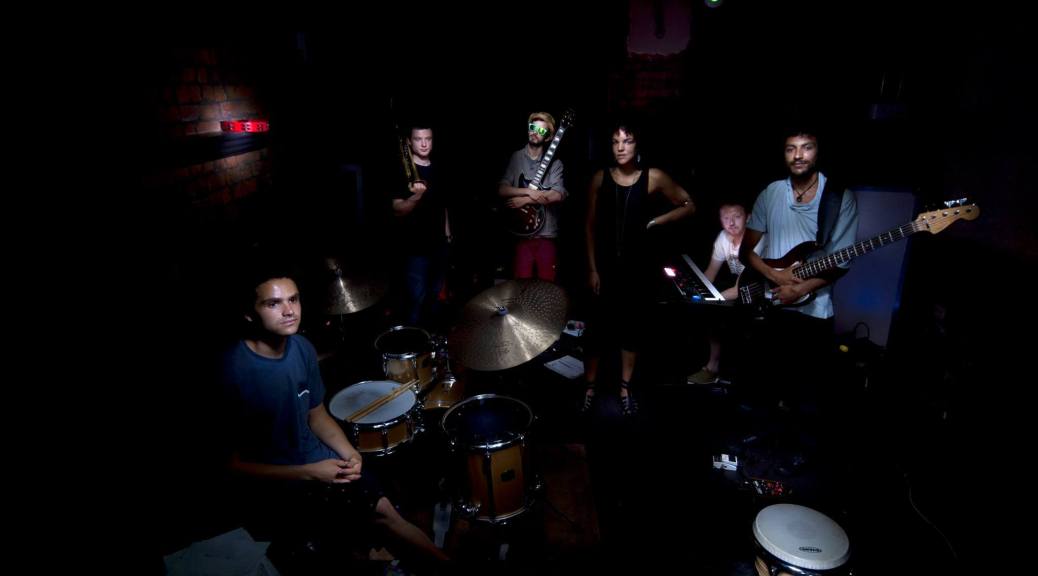 We got some inside info on one Manchester’s most exciting collaboration projects, and you know M20 collective are all about collaboration. Kris Extance tells us all about The Sessions of March…

Header image: Jenna and the G’s

What is TSOM to those who are not in the know?

TSOM is a collection of live music & video recording sessions that took place during the month of March 2015. There are roughly 24 artists involved, with around 80 tracks recorded. It is a snapshot of the phenomenally diverse and talented independent creative scene in Manchester. There is huge variety within the sessions ranging from acoustic singer songwriters to gypsy-punk bands to 9-piece dub bands to cosmic dross space adventurers and that is to describe but a few! There are even a few special one-off improvised collaborations and special renditions of existing material involved as well. In essence, it is a collection of music we love that we want the world to see.

Who makes up the TSOM team?
Myself [Kris Extance], as founder/organiser. Audio recording and production was done by WR Audio, which consists of Dan Watkins and Biff Roxby, working alongside the video guys from Midnight Sounds headed by Dan Jones and accompanied by freelance camera man Matthew Jones. We also have Jason Badiozzaman on board, who is helping with social media and post-production organisation.

How did you come up with the idea?
Up until the beginning of this year, I had been involved with a unique music venue for 5 years and was the General Manager for the final 3 of these. The venue’s history is quite unusual, with constantly evolving family of creative individuals working tirelessly to make a place like no other. A place that supported local talent in all its variety, and a place where like-minded creative individuals could meet and enjoy the music and art they loved.

Our ethos was to support local talent and put on eclectic parties like no other venue. It was one of those places where if you didn’t look up what was on you would never know what to expect. To be honest, even if you did look it up you still might not have a clue! It was as grass-roots as you could get, with too many people to mention who were crucial in its set-up and running virtually all artists and musicians. The tag line I used whilst working there was ‘for creative people, by creative people’. Like a lot of independent businesses, we soon realised that in order to make a living for ourselves, we needed to have a balance between what we truly believed in and what would generate income.

We successfully managed to achieve a balance we were happy with, however at one point due to various reasons we suddenly lost a lot of creative control. We felt like our ethos was being compromised, and we had put too much into the venue to just go on and allow this to happen. The difficult decision was made to walk away from the project, taking our ethos and everything we had learned with us. It was at this point the sessions plan was formulated, everyone had put too much into the venue to walk away without doing something special!

I wanted to create a snapshot of why we put so much into the venue and what we most enjoyed about it, the music! I contacted WR Audio, who had become firm friends through working with us at the venue, and Dan Jones had worked in the venue alongside me already. We put together a plan of action and both teams agreed to do this for “mates-rates” despite being professional outfits, just because they believed in the project and why I wanted to do it. The initial team was formed and I organised as many of our favourite acts we had discovered through the venue into a month of recording sessions. 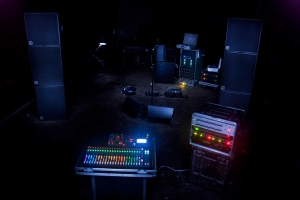 What is the ‘ mantra’ behind it, so to speak?
Respect for independent musicians in all their variety. To help good people, who make good music, for the right reasons; mainly because they love doing it.

Why do you think it is important for the Manchester music scene?
For me, it’s the showcasing of such variety and talent all in one place. It’s why we used to love the venue initially, because it allowed us to put all the local talent we loved in one building. You can find so many amazing scenes in Manchester however; finding something that links all these scenes together is a much harder task. I love going to events where there is something for everyone, and I hope in the sessions this is the case as well. I also think it’s an important way of helping people discover new independent music. You may look to find one thing, but discover something else as entirely.

How have you developed a personal passion for music?
I love how music can make you forget all anxiety and worry. I love that if the right song comes on, especially when performed live, the world ceases to exist and you are in a serene moment of appreciation and awe. The huge diverse nature of music is incredible, and I feel it is one of the most important and beautiful forms of expressions there is. I play bass myself, and have always been in bands since the age of around 15. Although I have never considered myself a musician, it has always been a hobby not a profession. For the last 5 years or so, I have been surrounded by musicians who surpass my playing in every aspect and I’ve become more a music facilitator. I’m able to get to know a huge creative community both on and off stage, which has been – and will continue to be – something special. I have spent all my time trying to help the people who make music I respect and appreciate, because I want to hear more of it and I want more people to hear it too. I have never claimed to be a musical expert, but I know one thing for certain: I love music and my passion for helping music happen has done nothing but grow and grow. Music brings people together, and allows them to communicate through a beautiful universal language and that is important in this day and age more than ever.

How did you manage to recruit all of these musicians to participate?
I am lucky enough to call most of these musicians’ friends who I have got to know throughout the venue over the years. It was simply a case of calling them up and explaining the reason for the project. We were fortunate enough that everyone loved the idea and wanted to support it by taking part. I could not have more respect for all those involved!

What does collaboration in music mean to you?

Collaboration in music to me means a world of exciting possibilities of communication through sound. When a person plays their own music, they are expressing themselves and their ideas openly. Collaboration in music is a beautiful moment where people come and express themselves and their ideas together as one. It is a way of bringing people together from any background for a united purpose.

What is the most important outcome for the project?
The most important outcome is that as many people see the music as possible. I hope people discover new music through this project, and it gives some form of exposure to incredibly hard working independent musicians who deserve it. They have made my life so much more enjoyable over the last few years and I want to return the favour.

Noon – ‘I wish I knew how to sing’ live video

Anything else you’d like to tell us about TSOM?
We are also going to try and use this first set of sessions to raise enough money to do a second set of sessions. This will most probably be in the form of a Kickstarter. We didn’t come close to capturing all the artists we wanted to cover in the first round of recording. Due to popular demand by the musicians, we also have a long-term plan to turn this into some form of live event. So please, if you like The Sessions of March and the reasons behind it, then please support us in any way you can as it would mean the world to us. 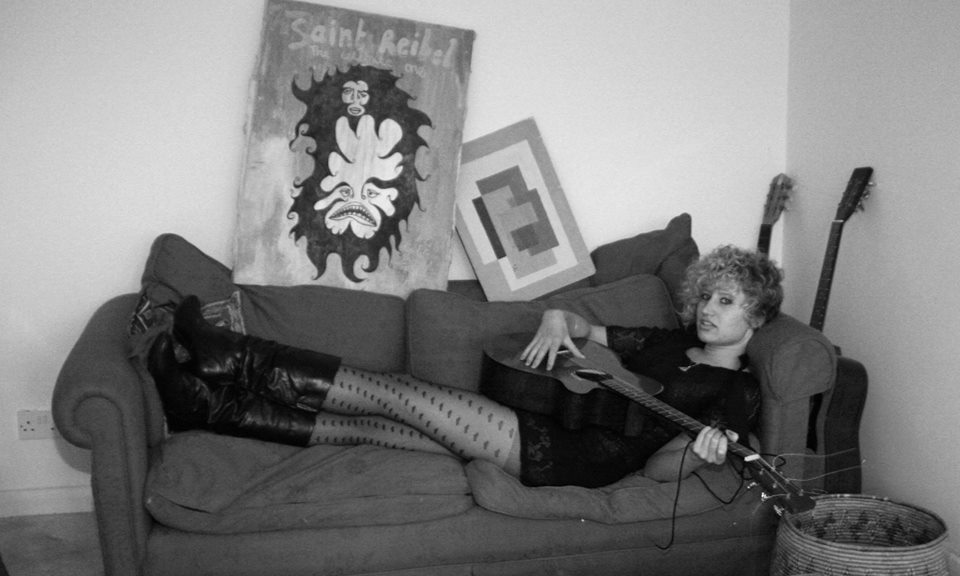 The line-up for tonight’s (Tuesday 11th March) line-up for Solomon’s LIVE at Solomon Grundy’s includes Brighton-born, Manchester-living soundstress Rachele Whatever. I caught up with her ahead of the gig to get to know the woman behind the guitar…

Here’s how it went down:

My gran bought me a guitar when I was 16 and it started from there. I used to get lessons from an old punk, but I never practised so I’d go and play him songs I’d made up instead.

2. Who, or what, inspires your music/sound?

3. What social message or experience does your music try to evoke?

I spent my teen years in Brighton – there was a lot of the free party vibe left over from the 90s and still a lot of “political” music then, and that’s the scene I started out in, the DIY punk/ska scene and the free party scene and I guess the Do It Yourself and question authority stuff has just stayed with me.

4. What is special to you about Manchester’s music scene?

I like the way there’s little suburbs in Manchester with different crowds – you can play a city center gig one night then the next night be in Levenshulme and be playing to new people.  I’ve found in Manchester the best thing to do is start a night yourself.  I launched an events company with my friend Craig called Galivantes and our main club night is Swing & Shout – a 2 stage event with bands, DJs, jam sessions, swing dance lessons, face-painting and crazy décor… We’ve been overwhelmed by the support we’ve had so far. We started as there wasn’t much scope for gigs in the reggae/gypsy/ska punk scene and we wanted to offer well attended and paid gigs for bands outside Manchester.  The next Swing & Shout is on 19th April at Underland.

5. Any particular gigs/releases that we can look forward to from you?

6. If you had to sum it up, what’s the Rachele Whatever dream?

Lol me and my friends have a pirate ship stage with a 20k soundsystem – my dream would be travelling round the world to festivals with it performing and putting on events.

Sounds amazing – can I come with you Rachele?!? Find her on the interwebs at these sites:

and have a listen to some tunes below…